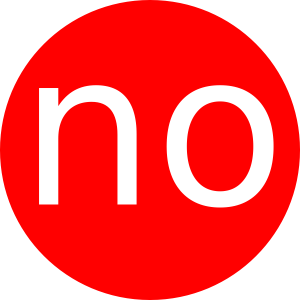 Whether we like it or not, a lot of life is based around sales – from getting buy-in to a strategy to change management… everything we do is a sale. Such a principle also crosses over into our personal lives including persuading people to watch a certain film at the cinema, helping our children to realize that vegetables and fruit are preferable to sugary snacks… or even down to whoever it is that we marry.

When I train people in sales process, I talk about the importance of getting to yes – a book that was first published in 1981 and based on the work of Harvard Negotiation Project.

Members of the Harvard Negotiation Project, Roger Fisher and William L. Ury focused on the psychology of negotiation in their method of principled negotiation – finding acceptable solutions by working out which needs are fixed and, which are flexible for negotiators.

As a book on ‘non-adversarial bargaining’, it’s very cool and deserves at least one read (personally, I would suggest that you read it every few years). If you can tie it into Edward de Bono’s Six Thinking Hats, then all the better.

The method of getting to yes 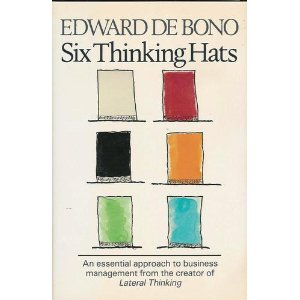 Six Thinking Hats is designed to help you think better – it is a structured and positive approach to making decisions and exploring new ideas – ideal for sales. It is an approach that thousands of business managers, educators, and government leaders around the world have already adopted as it removes confusion. Simply, everyone in the negotiation is encouraged to ‘wear a hat’ – everyone adopting a certain (agreed) mindset all at the same time – and everyone has a voice. The hats are:

There is no real order to how hats are used as long as you start and end with the blue hat (and white hat is 2nd) – and you can re-visit the hats as many times as you like in the course of the discussion / negotiation.

So, a sample engagement in a sales context:

Now this is all lovely: there is plenty of information available covering the concept of getting to yes but there is a need to balance this. The key thing that a lot of sales professionals need to remember is this…

There are many reasons why a badly-sold sale shouldn’t be entertained:

Having said all this, one of the biggest problems that I have seen arising in the workplace is being too frightened to ask for the business – an inability to close.

At the moment, I am working with a private sector organization that has developed a fairly simple solution – but is, possibly, a solution that is unwanted by the target client. Rather than ask, “do you want this?” and, maybe, hear “no”, they are focusing on making the ‘solution’ bigger and grander. So now we have a solution that may-or-may-not be wanted but a salesperson loathe to check.

It is almost as if the salesperson wants to create something so amazing that the client will, eventually, unprompted, give the business over – “hey, we haven’t really said that we want this, but it’s just so awesome… have some money.”

Be honest: have you ever had a client call up and say this?

So the ‘solution’ grows more – and they are involving more people who, effectively, donate their time and intellectual property to something that is steadily expanding. In addition, every meeting with the salesperson sees them getting more entrenched as it looks like the sale has to happen as so many people have been drawn into it. As they become entrenched, they become defensive – and an impasse is reached.

At some point, you have to close – you have to ask the difficult question – you have to get to no. If the client says “no” then great, move on to the next one. If they say “yes” well get on with it.

If the client says no then you may be able to use ‘getting to yes’ and ‘six hats’ to reach a new way forward (unless the opportunity was so badly defined in the first place, of course).

Much like love can be a case of a lot of kissing frogs to find your prince / princess, so you must get a lot of “no’s” out of the way before getting to the meaningful opportunity.

Getting to no will help you get to yes.

This website uses cookies to improve your experience while you navigate through the website. Out of these, the cookies that are categorized as necessary are stored on your browser as they are essential for the working of basic functionalities of the website. We also use third-party cookies that help us analyze and understand how you use this website. These cookies will be stored in your browser only with your consent. You also have the option to opt-out of these cookies. But opting out of some of these cookies may affect your browsing experience.
Necessary Always Enabled

Any cookies that may not be particularly necessary for the website to function and is used specifically to collect user personal data via analytics, ads, other embedded contents are termed as non-necessary cookies. It is mandatory to procure user consent prior to running these cookies on your website.